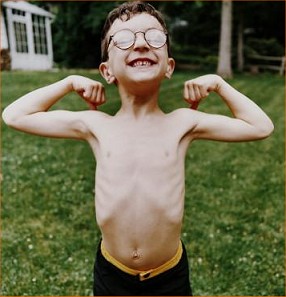 In the next series of post I’m going to attempt to address what I would consider one of the most mishandled passages of Scripture within the evangelical fundamentalist movement. Romans 14 and 15 contains a very important principle that has often been manipulated to fit within a constraint of westernized Christianity. As a result the meaning and purpose is often neglected for the sake of an argument. We we are to be mature believers, faithful to the Word of God, and committed to teaching the full countenance of Scripture, we are going to have to set aside our preconceived notions and look at this text with a theological framework and a critical exegesis. This is going to require that we understand the history, context, and purpose of Paul’s letter to the Romans.

In Romans 14:1 Paul says to, “Receive one who is weak in the faith.” The first question that we must ask, is who is the one who is weak in the faith? Typically people will respond by suggesting that it is a new believer. It is true that new believers may be weak in their faith. The gentiles had several issues to get past from their paganism. However, Paul spent more of his time writing confronting the Jewish believers over the gentiles.

Whenever Paul went to a new city, the first place he went was the Jewish temple to see if there were any believing Jews who would acknowledge that Jesus was the Messiah. Since these Jews were already believers, they were added to the church, and quickly became the leaders and elders within their community. Later Paul would reach out to the gentiles and they would be converted into the church as well. It would be natural that the Jewish believers, older in their faith, would need to teach the younger gentile believers.

The problem we have today is that many older Christians don’t think that they can be weak in the faith, when if fact, they may be more susceptible than they even know. Many Christians today have a very rigorous structure to what they believe to be right and wrong, though it’s not specific to the Scriptures. They are deceived when they think that their convictions are absolute and universal. Paul calls these issues ‘opinions.’

When Christians hold their opinions in high regard and try to impose their standards on others, they are not only weak in their faith, but they are sinning. Too often Christians will place a standard saying, “You can’t do this or that because you may cause someone who is weak in the faith to sin.” There’s always an illusive weaker brother, but no one is willing to acknowledge their own weakness. Some times I think that when believers gather in an informal manner, whether that be a small group or a mid-week prayer meeting, it should be like an AA meeting. We should all take turns introducing ourselves and stating our weakness. This will do two things. It will help others know what we struggle with us so that they might edify us and it will help keep us aware that we are weak and need considerable improvement.

Paul says to, “Receive one who is weak in the faith.” We are supposed to be accepting and welcoming to other believers who are at different lengths in their spiritual journey. Our goal is to edify our brothers, build them up, and come along side of them to press them on their journey to seek the LORD. However, what we typically do with people that disagree with our convictions is to criticize them, convince them that they’re wrong, or separate from them. In doing se we are directly disobeying Paul’s command to receive one another.

Here should be the standard on whether or not we can worship together.

Do we agree on doctrine?
Do we share the same authority?
Do we have the same mission?

However, these are usually the questions people ask when deciding who they will worship and fellowship with.

Do they share the same convictions?
Do they agree with me in style and preference?
Do they argue from the same opinions?

These are areas that are weak in the faith. This is immaturity. As a result, we have not only accepted immaturity as the norm, but we have promoted it as the standard. This has produced a great mess within Christian communities. One that I fear won’t be resolved in my life time. It would be ideal if we could find a means to get past our prejudices in order to work together for conduct worthy of the gospel, but I fear the only way we will be able to resolve this problem is to prepare the next generation to handle the Scriptures correctly.

7 Responses to Mishandled – The Weaker Brother