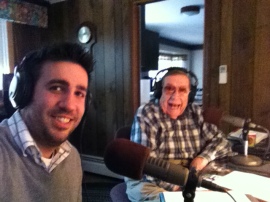 Adam with Dr. John Debrine in the Songtime Studio

Adam Miller is a graduate of the Word of Life Bible Institute in Schroon Lake, NY, and Baptist Bible College in Clarks Summit, PA. Adam received his ordination at Calvary Baptist Church in Preble, NY, in 2010, and has spent the past seven years serving as a bi-vocational minister in churches in PA and NY. Today, Adam works as a program manager at Songtime USA, a christian radio broadcast,  where he is working to equip pastors and churches with the skills to fulfill the great commission. 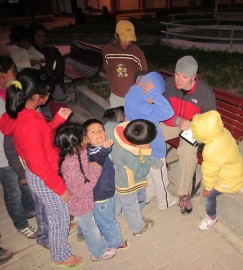 Brent Sears is an educational outsider – at least when the system is concerned.  After scoring a national scholarship to study abroad, he volunteered teaching English as a second language (ESL) to 7th graders in an Ecuadorian school.  It was there he realized he hated classroom learning.  So much for the life plan that included teaching Spanish and ESL. Since then he has toured the world, learn about offline and online networks, and now works as an Internet marketing consultant. Brent Sears has contributed to WOTG on the topic of education.

Trevor Marsteller has contributed to WOTG on “Why Should I Give Money to My Church?” and “Mastering the Bible.