What is typically suggested about conscience probably falls short of authentic biblical teaching on the subject. Though it may not be intentional, there are some believers who would like to take on the role of the Holy Spirit and be the standard for spiritual behaviors in the Church and society. This creates a multitude of problems leaving the teaching on the conscience, quintessentially, ‘mishandled.’

The conscience is the imprint of God left on every soul that instructs about right and wrong. My dictionary defines conscience as, “An inner feeling or voice viewed as acting as a guide to the rightness or wrongness of one’s behavior.” A person sins whenever they do anything that is contradictory to their conscience. This does not mean that this is the only time anyone sins. Nor does it teach that every area of conscience is a universal sin. The conscience is a complicated subject that needs to be addressed.

It has often been surmised that whenever two people are together, the more sensitive conscience should be adhered to. Based on what Paul taught in both Romans 14 and I Corinthians 8, stronger brothers should not do anything to cause a weaker brother to sin. What typically happens with these passages is that people use them to propagate their own positions (or weakness) and set their own convictions as the universal standard for everyone else.

This has had negative consequences on the next generation as they look for absolutes and attempt to relate to their world and culture. When the previous generation mishandles the teaching of Scripture to pan to their own preferences, the next generation is taught a poor principle on how to read their prejudices back into the Word of God.

In order to better equip the next generation to handle the tests of tomorrow, this generation needs to teach them the whole truth about conscience. 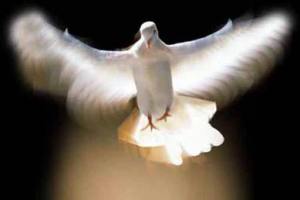 I once heard a grown man say that he couldn’t go to the mall because there was a Victoria Secret there. I wanted to ask him if his mother still had to buy him boxers because he couldn’t go in the underwear section at Wal-Mart.

With this in mind, what does Romans 14 and I Corinthians 8 teach us about the conscience?

There are some who have no understanding to hear the truth of liberty and insist upon their goodness as means for salvation. These people you must resist, do the very opposite, and offend them boldly lest by their impious views they drag many with them into error. For the sake of the liberty of the faith do other things which they regarded as the greatest of sins….Use your freedom constantly and consistently in the sight of and despite the tyrants and the stubborn so that they also may learn that they are impious, that their laws and works are of no avail for righteousness, and that they had no right to set them up.”

Consider this video of D.A. Carson teaching on I Corinthians 8 and 9 titled, “That By All Means I Might Win Some.” I particularly like what he has to say between 18:00 and 23:00.

How does a believer function on these principles?

I once heard a guy preach to a group of college students from Romans 14 that since the old people in church get upset when they wear jeans to church, the college students are causing the older patriarchs to sin. Since judging their brothers in the LORD was a sin, the elderly christians were sinning by judging the younger, but the fault really came down on the college students who were the root of bitterness, causing the sin. That is not at all what the passage in Romans is saying. You are not sinning if you wear jeans to church. Even if you cause someone to be angry. That is there sin, not yours. Please, let’s stop decimating these passages of Scripture and stick to what the Bible actually says.

“I say then: Walk in the Spirit, and you shall not fulfill the lust of the flesh.” Galatians 5:16